Your access to water depends on your ability to pay...

KSHITHIJ URS
S enior executives of 16 North American companies are descending on Bengaluru in a “Water Trade Mission” initiated by the U.S. government's commercial service arm. Their purpose is to “tap the $50 billion Indian Water Market.” To attract American companies, the mission projects “tremendous” figures in the Indian water sector, from water treatment to taking over water supply services and waste water management.
For the $3000 that these companies pay for the trip, the potential water business in India comes as a bounty. The U.S. government is leaving no stone unturned to ‘ initiate or expand' the companies' involvement in India's emerging global water market.
Secret mission 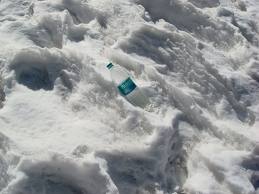 The mission is cloaked in secrecy. The U.S. Commercial Services office in Bangalore has told us that Indian citizens are not allowed to have any information pertaining to the mission. Those details are reserved by the U.S. government solely for U.S. citizens and U.S. companies. But it is India's water that is up for sale. Though the objectives of the visit were put on the U.S. commercial services website more than three months ago, the chief Engineer of the Bangalore Water Supply and Sewerage Board learnt about them only when the Americans walked into his office last week.
If the privatisation of water is good for India, why is it being done so secretively? In Mysore, bureaucrats waited for seven months for the elected council to be dissolved before giving away the Mysore Water Board to a private company. Elected representatives have become subservient to senior bureaucrats and business contracts more sacrosanct than public opinion, deliberation, and democracy.
Control over water has always been a source of power and discrimination but the economic implications of this are only now becoming obvious. A recent Bloomberg Water Index showed annual returns over the last three years of 35 per cent, eclipsing the 29 per cent for oil and gas stocks and 27 per cent for the World Basic Materials Index. At a time when we are about to reach the stage of ‘peak oil' - a time when the maximum rate of global petroleum extraction is reached after which the rate of production enters terminal decline - water is the next natural resource for private companies to rule the world. Water, because of its cultural, political and religious connotations, is still largely outside corporate control on a global scale, but it may not be for much longer.
The U.S. has targeted Karnataka particularly because the state is internationally recognised as a leader in dismantling public systems for water distribution. In 2002 the Karnataka Urban Infrastructure Development and Finance Corporation (KUIDFC), a parastatal body unaccountable to elected representatives, worked closely with the World Bank to draft the State Urban Drinking Water and Sanitation Policy; this set the future path for urban water reform in the state. With a policy that commodified water, removed subsidies and institutionalised full cost recovery, the World Bank loan is paying for the transfer of public water to corporates.
The legal framework for water services would have prevented such arbitrary shifts, so the laws were changed almost overnight. In 2005 the Karnataka Municipal Corporations Act was amended to allow for privatisation of water services. Aside from the people involved, very few know about this. There was no public consultation, and no documented debate in the legislature. What was the rationale for such an opaque process and what was the justification for such a fundamental shift in water governance?
Different experience
The standard arguments for privatising water services usually follow the assumptions that the private sector will bring in investment, competition, efficiency and equity. The experience in Karnataka tells quite a different story.
In four North Karnataka cities — Hubli, Dharwad, Belguam, and Gulbarga — about 30,000 households have had their water handed over to a French water corporation on World Bank orders; in Mysore, under the Jawaharlal Nehru National Urban Renewal Mission the entire water supply has been contracted to JUSCO, a TATA company. These private firms have made no investment; the state is paying the companies many times more than it ever spent when it managed these services. That apart, the state is contractually obliged to provide brand new infrastructure, purified bulk water, fill up overhead tanks, and depute its staff to work under the private company and pay them too.
Questions of equity and universal access to water also disappear under the new regime; public taps that service the poor and vulnerable are removed because they do not generate a profit. Water tariffs are increased; irrespective of capacity to pay.
The American mission is also culturally significant. The deliberate use of terms like ‘water market' and ‘water trade' underlines the intention of transforming our traditional idea of water as a natural resource to that of a commodity to which your access depends on your ability to pay.
Record of failure

Private water companies have a long record of failure. In U.S. cities in the mid-19th century, they failed to maintain quality water services, and also neglected poorer citizens. These market failures have not changed since then, and are directly linked to the profiteering character of private enterprise. This was proven again the world over during the enforced neoliberal water privatisation experiments of the 1990s.
The visit of the Water Trade Mission changes the Indian situation completely. U.S. corporations clearly want to establish control over our water and to override those in India who want to uphold the character of water as a common good. Successful resistance to this will need the widest possible public knowledge so that water is prevented from being exploited for private profits at the cost of equity, ecological justice, and the rights of all peoples - present and future.
Control over water has always been a source of power and discrimination but the economic implications are only now becoming obvious.
Kshithij Urs is the Regional Manager of Action Aid in Karnataka, a member of the peoples' campaign for right to water and the author of Resisting Reform: Water Profits and Democracy, published by Sage International.
കടപ്പാട്   : ദി ഹിന്ദു ഞായറാഴ്ച പതിപ്പ്  മാര്‍ച്ച്‌ 20
എഴുതിയത് Vishnu N V